OPEN HOUSE GUIDE FOR FEBRUARY 4th and 5th in Petaluma!

Enjoy this list of Petaluma Open Homes this coming weekend. If you are unavailable to make it to the open house, please don't hesitate to contact me for a private showing! 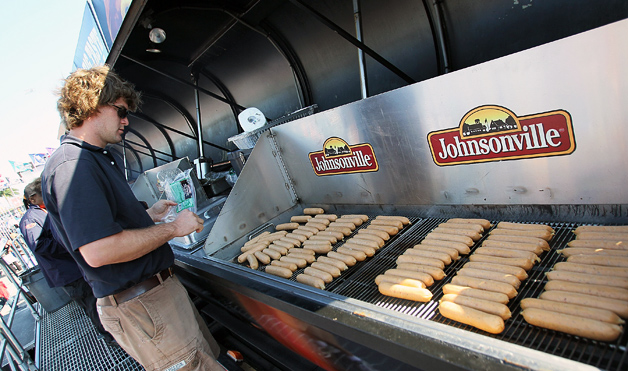 Super Bowl Sunday is practically an unofficial national holiday, so it's no surprise that the day doubles as a food fest as well. Domino's expects that it will sell somewhere upward of 9 million slices of pizza, while the California Avocado Commission estimates that fans will consume 160 million avocados (most likely in the form of guacamole, of course). But it's not like game attendees will skimp on the smorgasbord, either: For example, during 2009's Super Bowl XLIII at Tampa's Raymond James Stadium, 55,200 hot dogs were sold. That's not quite one dog per fan, but it's close.

The NFL claims that the Super Bowl is viewed by one billion people, which is actually a misleading figure. It is viewable by as many as one billion people around the globe, but about 100 to 105 million actually tune in, largely from the United States.

Football isn't like baseball; no game sequence demands more than two or three balls. That said, the NFL doesn't take any chances with its biggest showcase of the year—216 official game balls are custom-produced for each Super Bowl game, imprinted with the team names and game logo. In total, 108 footballs are delivered to the game; the two contenders are allowed to do whatever they please with the rest.

4. LOOK ON THE BRIGHT SIDE

The NFL may be filled with manly men, but the one thing the players don't seem to like is the cold weather. Each of the 44 Super Bowls have been played either in a warm-weather location or under the protection of a stadium dome. Florida (including Miami and Tampa) has hosted 14, the most Super Bowls for one state. New Orleans trails close behind with nine, while the greater Los Angeles area has hosted seven. Only in 2014, at the New Meadowlands Stadium outside New York City, will the game finally be played outdoors in the winter chill.

The Vince Lombardi Trophy depicts a regulation-size football atop a vaguely tee-like structure. Designed and manufactured by Tiffany & Co., the sterling silver award weighs seven pounds and takes nearly 70 hours to forge and assemble. Its estimated value is $50,000.

Don't miss the release of Pliny The Younger...released only once a year and only available for two weeks~! Russian River Brewing Company's phenomenally popular Pliny the Younger is released the first Friday of February and is available for just two weeks. This Triple IPA has triple the amount of hops as a regular IPA, making it difficult and expensive to make - hence it's short release time frame and limited availability! This award-winning brew is not bottled, so more people can try it right from the source in Santa Rosa or at select draft accounts. Click on link below for all the details!